The National Centre for Education and Training on Addiction (NCETA) hosted the Grey Matters National Conference on Wednesday 1 April 2015. The conference was held in response to increasing concerns regarding changes in patterns of alcohol and other drug use among older Australians and resultant levels of harm. This is a largely under-recognised issue and older people with these problems often experience substantial stigma. In addition, existing alcohol and other drug prevention and treatment services do not generally focus on the needs of older clients, while generic health and community services developed for older people are often not familiar with the array of potential alcohol and drug problems that might exist and ways to best manage them. These factors place this group of older Australians at significant disadvantage.

The conference featured presentations on identifying, preventing and responding to alcohol and other drug problems among older Australians. It aimed to:

The conference featured presentations on: 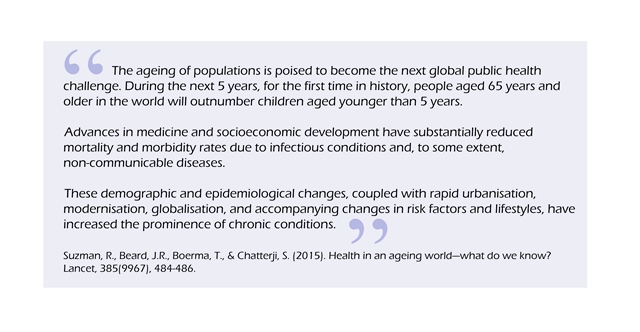 An array of nationally and internationally acclaimed speakers representing the alcohol and other drugs, health, ageing, and aged care sectors have been confirmed for the Grey Matters Conference.